History and Growth of Aaj Tak

An online guest lecture was organized by the Department of Journalism, LSR on 5 October, 2021 on the topic - ‘Visual Grammar and Visual Culture’.

The lecture was delivered by Mr. Manoj Raut, who has over 20 years of professional experience and expertise in the broadcast media industry. He has worked with NDTV for almost two decades as a Senior Cameraperson. He is well-known for his contributions to video journalism and reporting, video editing, as well as content creation for documentary films. He has also trained, mentored and groomed many students as a Trainer at the NDTV Media School.

The lecture began with Mr. Raut explaining the meaning of a shot, the significance of shots and the primary factors that play a role in setting up the perfect shot. The students shared their understanding of various camera angles and the types of frames that are used in the broadcast industry. This was followed by an interesting montage of images from popular movies and television shows that depicted various types of camera movements and types of shots such as long shot, close-up shot and medium shot. A short segment also focused on camera movement and dynamic shots within a video. The students learnt how various shots are combined with suitable effects and appropriate background music to enhance the story-telling process.

The lecture was received with admiration by the students and they also found the content very relevant and easy to understand. The event concluded with the faculty and the students thanking Mr. Raut for his valuable time and inputs.

The Department of Journalism, LSR organized an online guest lecture on 18 October, 2021 on the topic - ‘Private Broadcasting in India’.

The lecture was delivered by Dr. Ambrish Saxena, presently working as the Academic Head at the prestigious institutions - ZIMA and ZICA.  He joined journalism as a full-timer in 1979 and has served in some of the widely circulated Hindi and English dailies; to name the most prominent of them - The Pioneer and Aaj - in various capacities. In electronic media, Dr. Saxena has worked as a correspondent for the first TV Hindi news magazine ‘PARAKH’, produced by the veteran Vinod Dua. He has been an avid academician, having previously worked for the Guru Gobind Singh Indraprastha University, Delhi, and Vivekananda Institute of Professional Studies.

The lecture commenced with Dr. Saxena elucidating the comprehensive history of broadcasting in India, with reference to nature of ownership and media programming. The private broadcasting sector may be characterized by terms such as deregulation, privatization, commercialization, and inflow of foreign investment. The students engaged in the lecture by providing their insights and knowledge related to the establishment of Akashvani, AIR and Vividh Bharti. There was a detailed discussion regarding the transition from public to private broadcasting – delving into topics such as the Broadcasting Code approved by the Fourth Asian Broadcasting Conference in 1962, the Cable Television Networks (Regulation) Act of 1995 and its subsequent amendment, and the current discourse about Direct-to-Home (DTH) services in India and its impact on the Indian audience.

The lecture was immensely informative and relevant for the students as aspiring journalists. The event concluded with the faculty and the students thanking Dr. Ambrish Saxena for his valuable time and inputs.

An online guest lecture was organized by the Department of Journalism, LSR on Friday, 29th October, 2021 on the topic - ‘Editing for Photography’.
The lecture was delivered by Mr. Firoz Ahmed Khan, currently working as the UI/UX Designer at Ikontel Solutions Pvt. Limited. He has worked for many tech companies in India, and has expertise in designing interfaces and experiences for products in various domains. He is also skilled in research, wire-framing, prototyping, and testing for graphic design, photography and videography.
Mr. Khan delivered a detailed and step-by-step guide for the popular editing software - Adobe Lightroom. Adobe Lightroom (officially Adobe Photoshop Lightroom) is a creative image organization and image manipulation software developed by Adobe Inc. as part of the Creative Cloud subscription family. Mr. Khan focused on all its prominent features such as importing, saving, viewing, organizing, tagging, editing, and sharing large numbers of digital images.
The skill-based webinar was extremely enlightening and helpful for the students. Many students who attended the lecture are aspiring photographers, videographers and film-makers. The students felt that this lecture would definitely help them in their professional endeavours. The event concluded with the faculty and the students presenting the vote of thanks to Mr. Firoz Ahmed Khan for his valuable time and inputs.

By Pranjali Pandey and Anushree Mukherjee

An online workshop was organised by the Department of Journalism, LSR on 18 November, 2021 on the topic- ‘Script Writing for Beginners’.

The workshop was delivered by Mr. Prashant Pandey, who has been in the film industry for over 13 years and is widely known for his talent in identifying and building commercially viable film projects from scratch. He also runs a small production company called Perpetual Pictures which spots and incubates great Indian stories. He is popular for contributing to numerous critically acclaimed films - Sarkar Raj (2008), Rakta Charitra and most recently, Poorna. He also had worked as a journalist for ANI-REUTERS, and later as a Reality Director with Zee TV Talent Hunt Show - Saregamapa.
The workshop began with Mr. Pandey telling us about his journey from being an English literature student in Hansraj College, DU, to starting his career with a director like Ram Gopal Verma. He followed up with a theoretical explanation of script-writing and screenplay. He emphasized on the importance of meaning-making through one’s writing journey. He also enunciated how a script is divided into differentiated parts (such as Act 1, Act 2 and Act 3 for a movie) and what each part conveys and contributes to the screenplay. The students understood how character-setting, using both the character’s personality and external surroundings, is a necessary component of introducing a story to the audience. He advised that giving opinions to the character helps to make them relatable for the audience; hence, this makes it possible for the viewer to engage with the storyline. The session also explored a lot of nuances of story-telling, such as the importance of two different shots being combined together to build meaning, also known as the concept of turning ‘mundane into meaningful’. Mr. Pandey also answered students’ doubts on the meaning of brand placement in a movie, the difficulty of finishing a short film, and the difference between writing a fictional film and a feature film.
The workshop was really helpful for students wanting to pursue a career in the script-writing industry and taught them something new in the field of journalism. The event concluded with the students thanking Mr. Prashant Pandey for his valuable time and enlightening words.

SOUND CULTURE
By Pranjali Pandey and Anushree Mukherjee
A series of online guest lectures were organised by the Department of Journalism, LSR from October 2021 to November, 2021 for the second year students on the topic - ‘Sound Culture: Concepts and Design’.
The lectures were delivered by Gagan Gera who is presently working as a Senior Producer at the Department of Mass Communication, Indraprastha College for Women, University of Delhi. He is also associated with All India Radio - News Services Division (NSD) in the Hindi News Room (HNR) as an Editorial Assistant since December 2007. He has also worked as the Production Supervisor in the Department of Multimedia and Mass Communication, Indraprastha College for Women, University of Delhi.
Mr. Gera acquainted the students with the basics of ‘sound’ and its properties such as wavelength, amplitude, and more. There were also several discussions on the different types of sound - natural and ambient. He briefed the students about the use and types of microphones used in the broadcast industry. He explained how different kinds of microphones are used to produce different types of sounds using several examples. The students were made aware of the concept of sound design, mixing sounds and the role they play in the build-up of the final product. The students also learnt about the equipment used in the sound design industry and what functions are performed by each equipment. Along with this, he also engaged the students in a detailed discussion about Electronic Field Production and Electronic News Gathering.
All the sessions were immensely enlightening and interactive. Students presented several doubts and queries which were expertly solved by Mr. Gera. The event ended with the faculty and students thanking Gagan Gera for his valuable time and input.
Posted by Dr Vartika Nanda at 2:45 PM 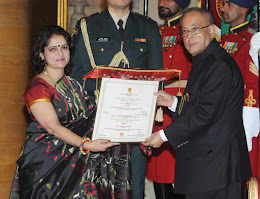 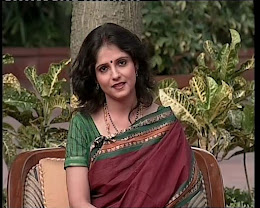 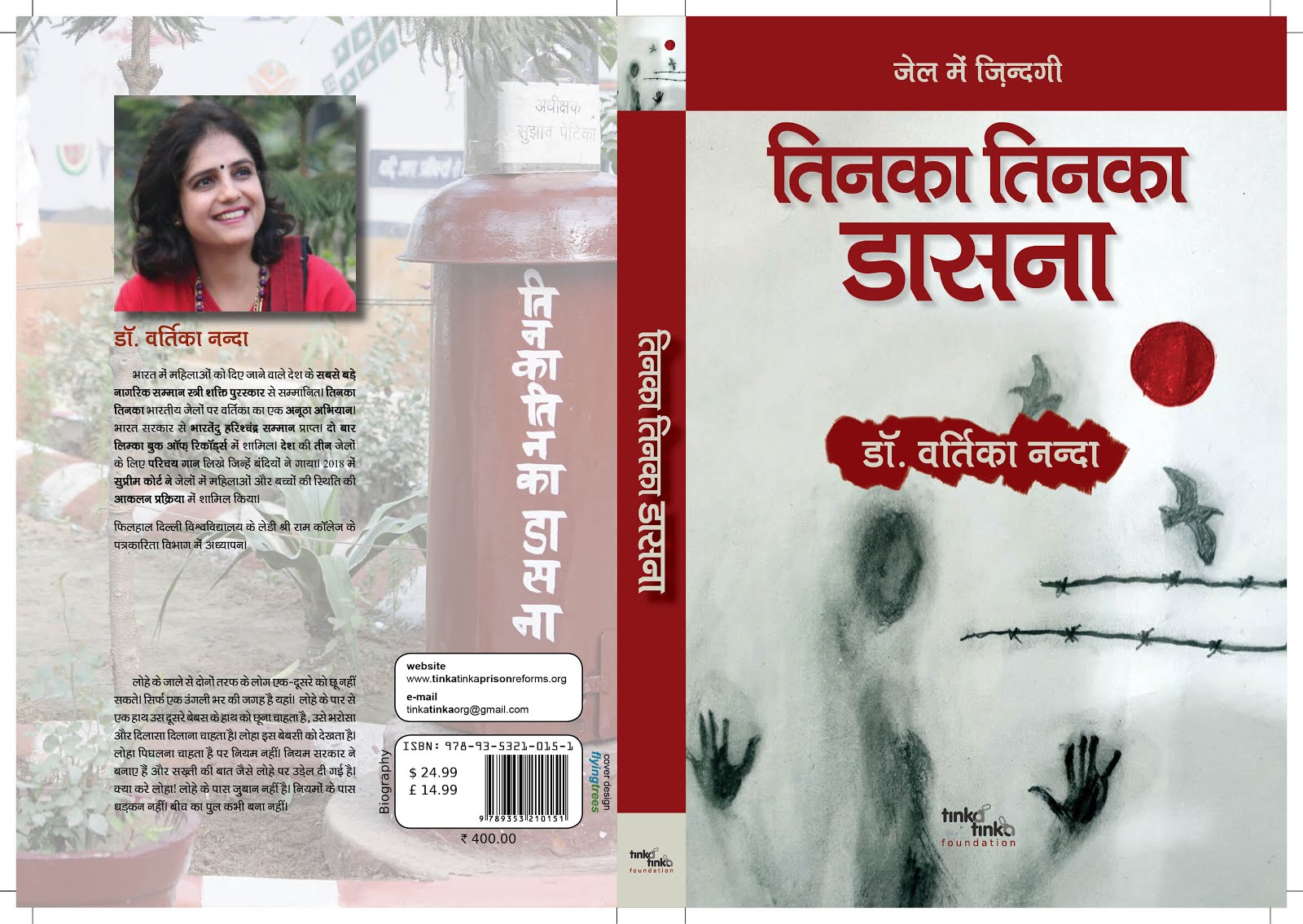 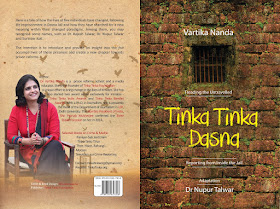 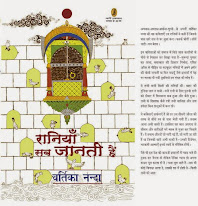 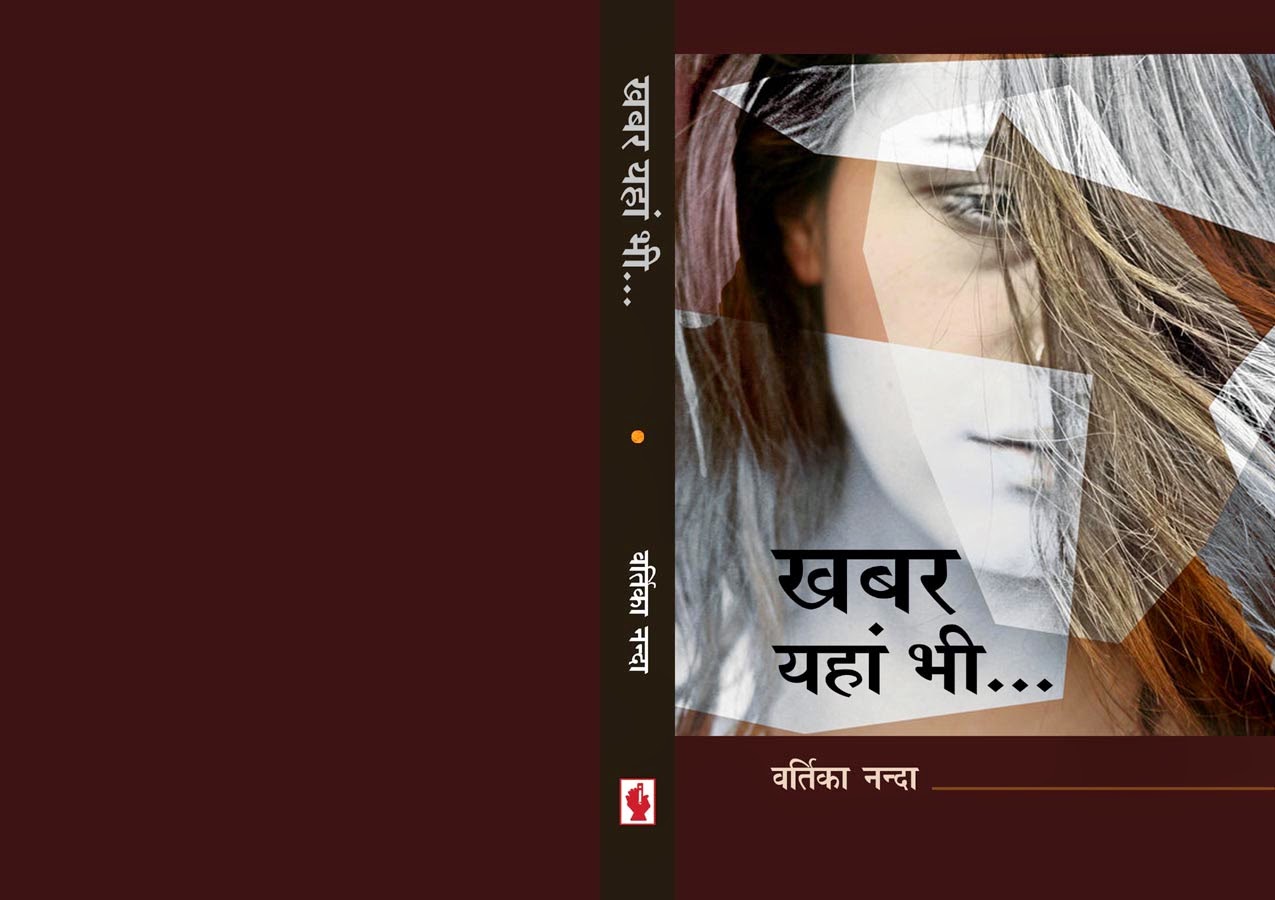 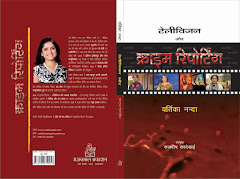 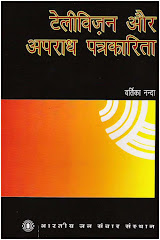